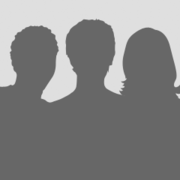 A group dedicated to pure insane instrumental music. Guitar gods, and keyoard shredders, from 80s shrapnel like Tony Macalpine and Marty Friedman to modern djent like Animals As Leaders and Chimp Spanner. Also key-shred such as Derek Sherinian and Jordan Rudess. Supergroups too, Liquid Tension Experiment, C.A.B, and Planet X to name a few. Anything virtuostic and wild goes here

Stuff to check out

Great instrumental artists to check out, this list is in no way complete, I will add more as it comes to me and if anybody has any they would like to add, please feel free!Keith Merrow (Great death-metal style riffs and syncopated groove hooks. Probably the heaviest instrumental stuff I know of...)Blotted Science (A supergroup featuring Ron Jarzombek of Watchtower and Alex Webster of Cannibal Corpse and the music is absolutely terrifying, but in a good way. Fast, technical, and very polyrythmic)Chimp Spanner (Very Djenty, heavy but also very jazzy and technical, although, unlike Keith, it lets up now and then and gets very melodic at times.)Derek Sherinian (Dream Theaters ex keyboardist. He has lots of guest guitar players on his albums, including Zakk Wylde, and Yngwie Malmsteen)John 5 (Manson's ex guitarist, turns out, hes pretty fuckin awesome. He mixes a lot of country shuffle in with his metal and it makes for a uniquely twisted soundscape)Mark Rizzo (A metal player and also a flamenco guitarist. I love how he mixes it together)Michael Pinella (Keyboard player Of my favorite band, Symphony X. His stuff has a dark-classical vibe to it) Borislav Mitic (Great neo-classical shred from Russia. His first two albums are very Yngwie-ish, his third has more of a modern metal sound, but its still full of speed and passion.)Vitalij Kuprij (A recent favorite, another Russian virtuoso. He is a keyboard shredder, but his stuff is filled with guitar shred as well, usually from some guest player. The song Track On Fire is a great introduction to his awesomeness!) Continue

You need to be a member of Instrumental Chaos! to add comments!

Comment by Vikidicki on July 25, 2015 at 2:08pm
Sorry my mistake. I meant instrumental with a bit of electronic

Comment by Vikidicki on July 25, 2015 at 2:07pm
you guys should check out "one shot thrill" and "twenty one pilots". They are hell-good at instrumental stuff :) Stuff to check out