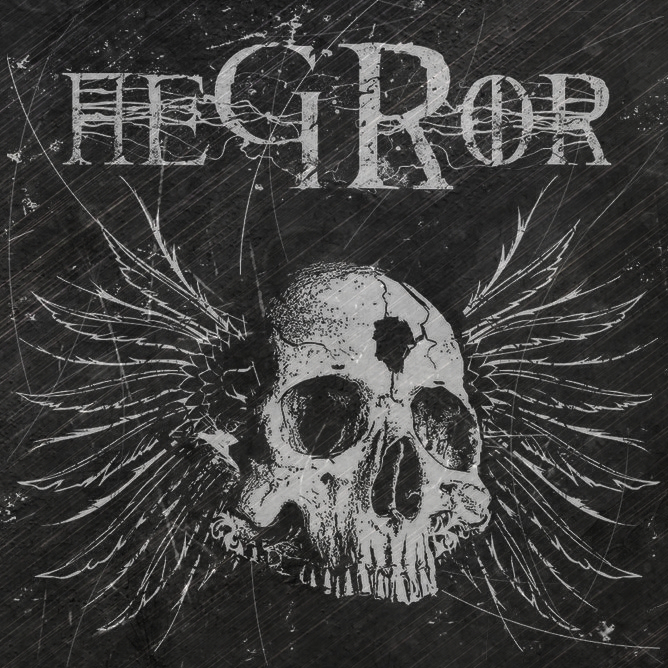 Within the next year Aegror wrote and recorded the first full length album  “De Morbis” , which has been released in 2010.
De Morbis deals with themes of various diseases and mental suffering, which is also compatible to the meaning of the band’s name in Latin Language: Disease.

The following time was characterized by live gigs and the work for the second release.
Due to a line-up change, unfortunately caused by an accident concerning Narthaas, the band was forced to look for a new guitar player (Abyssus), who can took his part on the guitar.
Also Kjartanas (Bass) left the band and AEGROR continues transitional without a bassguitar.

In fall 2012 Abyssus joined the band and supports the writing and recordings for “Forgotten Tales…” (EP).
Caused by this switch, AEGROR began to change its musical orientation in a more modern and progressive style of black/death metal.

The band decides to tie the Forgotten Tales… (EP), as a kind of a resumption, to De Morbis, to find a completion for the former work.
Finally in January 2013 the “Forgotten Tales…” (EP) has been released online, and in 2014 as a limited CD edition.

In early 2013, finally Skarrg (Bass) joined the band. Grown up to a quintett, AEGROR focused their energy on the writing process for their second full length record.

Unfortunately, in august 2013 Sethonas (Guitars) left the band due to personal and musical differences.
Luckily, in September 2013 AEGROR found a new guitarist (Acorus) to continue the process for the second album.

AEGROR played a few shows within 2014, but the main focus remains at the writing and recording process for the next record, which will be approx. released in early 2015.
The band is now working in a perfect and stable line-up as follows:

I'm the drummer of the german band Aegror and I simply want to introduce my band to you.

Our style could be described as progressive Death/Black metal.…

Welcome to Metal Mansion. You can contact me with questions or issues regarding the site :)

Sarah Jean is now a member of Metal Mansion
Jan 29
Welcome Them!